“We all know it just takes one sexy boy to get us going. That boy will turn into the man of our dreams. They can start out on the wrong side of the tracks, the right side of the tracks, the rich side or even the poor side. They can be good or they can be bad, we will love them all the same. But all of them started out as one sexy boy. They give us hidden looks, a longing gaze, with love’s promise shining in their eyes and all the things that
come with love. We love sexy and it’s always so fun to share.”

Here is an excerpt from my brand new, HOT HOT HOT Male/Male romance Between the Notes.
This is only the second time Damon and Michael have met since Damon’s arrest, and that was in the judge’s chambers. This second meeting is full of tension of a different flavor…

Damon Frost’s attorney arrived at Michael’s office with someone who could have been any man you see on the street. A gorgeous man with chiseled cheekbones and full lips, but still just a man and not a rock idol. Gone were the eyeliner and spiky dark blue hair, and the leather had been exchanged for gray slacks and a light blue Oxford shirt. As Frost and Herman took their seats across from Michael, Frost ran his fingers through his wavy light brown hair; and when their eyes met, Michael thought he must be star-struck, only now perceiving the attraction that had enraptured his niece. “Change your hair color?” Michael asked, wondering if this more conservative appearance were a show for his benefit, to soften his opinion.
“Nah, it’s just a rinse,” Frost said, “for the stage persona. I would never actually dye my hair that color. What you see now, this is the real me.”
“This is the real you, huh?” A curious blush rose in Frost’s cheeks, and he glanced away; but when he turned his bright blue eyes back to Michael and drew him into his gaze, the high color had faded, and a flush curled up the back of Michael’s neck. That magnetic heat had only struck Michael a few times in his life and always with the same result. Could it be possible? Could Damon Frost be sending him signals? Ridiculous. Michael had done his research. Frost dated movie stars and had a string of women in between.
“Rellman, I hope you’ve seen reason and are going to drop this whole Mann Act nonsense,” Herman said.
Michael had already decided not to press charges, but he thought he’d let Frost sweat awhile. Besides, now he wanted to figure this guy out, why he stared at Michael with a combination of guilt…and need. Maintaining eye contact with Damon, Michael replied to his attorney. “How do you come up with calling it ‘nonsense’? Frost did go across state lines with my niece naked in his bed. I think that’s a clear cut case for ‘immoral purposes.’” Unless Frost was gay.
“I was not doing anything with your niece,” Frost said. “It’s not even possible.”
“Not possible? How so?”
A hint of red tinged Frost’s cheeks.

Please continue on this blog hop and visit these other authors for My Sexy Saturday: 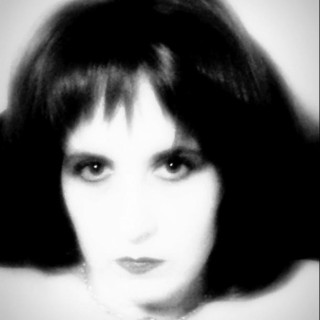